With this budget of 2019, the storm of taxes hits the people badly in which mobile network companies instantly increased the taxes on mobile balance recharge. Previously, the Supreme Court of Pakistan ordered not to deduct any tax or charges from the users in which the users were getting exact Rs.100 balance on recharge for several months. Later, they have instantly increased the taxes and users were getting almost Rs.76.94 on every recharge of Rs.100.

Now, the Supreme Court ordered not to deduct any service or maintenance charges from the users. The cellular companies were deducting 10 percent in the name of service and maintenance charges. Due to this court order users can now save Rs.11.95 and have to pay only 12.5 percent income tax on every recharge.

According to details, the users can now get Rs.88 on every recharge of Rs.100 and this is valid for all pre-paid users, scratch cards and easy loads as well. All cellular companies of Pakistan including Jazz, Telenor, Ufone, and Zong will apply for this new tax order and deduct their service charges. Plus, no more hidden charges would be applied from the companies.

Chief Justice of Pakistan stated that people who are not included in the tax net are also paying this extra maintenance tax for no reason and it should be stopped. Earlier, due to the exemption of withholding tax almost Rs.90 billion loss has occurred due to which the income tax will be continued and deduct only service tax.

Furthermore, Gilgit and Baltistan are still in peace and not even a single percent has been deducted from their recharge and getting Rs.100 credit on every recharge or load of Rs.100. well, the rest of Pakistan should be thankful to the Supreme court to give a bit relief in such burden of taxes. 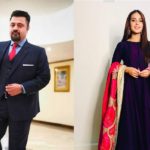 Urdu Dramas Sehrish Ilyas - July 6, 2019 0
The upcoming drama serial “Jhooti” which has been directed by Ramish Rizvi will be on... 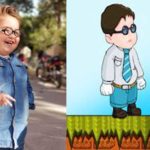 Viral Sehrish Ilyas - July 11, 2019 0
There is probably no one who is not familiar with the viral and famous...