Pakistani people always shock the world by their performances and skills and same now in this case when a Pakistani guy Arslan Ash won the Takken 7 tournament. Evo 2019 was one of the biggest gaming competitions held in Los Angles having all the best gamers from the world. Thousands of players from worldwide volunteer the biggest gaming competition of 2019. This tournament featured different games like Takken 7, BlazBlue, Samurai Shodown, Soul Calibur 6, Mortal Kombat 11, Dragon Ball FighterZ and many more.

Over thousands of players were under one game and Arslan Ash from Pakistan was under the bracket of Takken 7 and there were above 1800 players volunteered for this game. Arslan Ash played the final round with the legend of game Jae Min “Knee: Bae of South Korea and stunned the world by defeating in in the finals and won the Evo Takken 7 Championship 2019.

The final round of the event featured 8 top gamers from USA, South Korea, and Japan and Arslan Ash out casted all and made the country proud. Due to his victory at such a huge level, he not only portrayed his skills and talent but also portrayed the soft side of the country too. Additionally, his victory would be the encouragement for all the game lovers in Pakistan and might change the perception of continuing gaming as a profession.

Well, EVO America was the biggest gaming competition but not only this, Arslan has already won other competitions too. Previously he won Thaiger Uppercut, another game tournament in East Asia and also participated in EVO Japan. In his previous interview, he described that he got a lot of difficulties to get the Japanese visa as a Pakistani. He had to take 5 flights and it takes 2 and half days to reach to Japan for the tournament right before an hour of the tournament.

Well, the winning moments were outstanding as he goes to Sajood and thanked Allah in front of thousands of people. 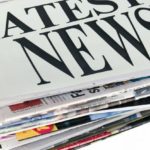 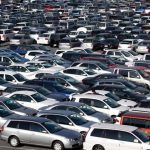 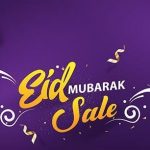