Pakistan cricket team defeated the host team England by 14 runs in ICC World Cup 2019 match.  Pakistan lost its opening match against West Indies and faced a lot of humiliation from the nation but the team was hopeful for the amazing comeback. England won the toss and Pakistan started with the bating. The match was played at Trent Bridge in Nottingham.

Well, after the defeat against West Indies people of Pakistan was a bit disappointed by the performance of the team at the pitch and now after defeating the powerful team England nation is praising and congratulating the Pakistan team and their performance.

In the post-match ceremony, the Pakistan cricket team captain Sarfaraz Ahmed gives all the credit for this victory to the team’s great effort and their courage on the pitch. Sarfaraz added that they have managed their strategy according to the opponent team and played accordingly and after the defeat against West Indies the team was not reluctant in trying a new experiment on the pitch against England. He said, “Fielding is an important part and it was the main difference. This gives a lot of confidence to the team.” He added, “We tried a few different things – we started with Shadab because they weren’t good against spinners,”

Celebrities, politicians and rest of the nation are tweeting and commenting with pride and this becomes the most trending topic in Pakistan.

Check out the reactions:

“Congratulations to the Pakistan cricket team for a great win and for coming back into form after a poor start in the warm-up matches and the first WC match. You have the talent, all you need is the self-belief that you can go all the way”.

“British culture is & always has been a blend of influences. That’s something to be celebrated.” Go England! Pakistan Zindabad!

“Congrats team Pakistan. Well played. Best of luck for next. Eid Mubarak too,”

“What a wonderful win for Pakistan. I know for sure that there were a lot of doubts today. To beat the favorites I think is a magnificent win for Pakistan especially the way in which they played against the West Indies,” 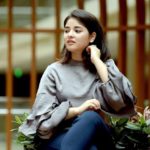 “Relationship with my Religion was Threatened” – Zaira Wasim Quits Bollywood

Entertainment Sehrish Ilyas - June 30, 2019 0
Anyone who is a Bollywood movies fan would not be unaware of the blockbuster movie... 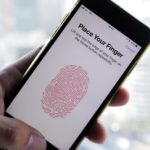 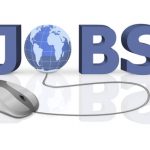