Steve Jobs’ sister, Mona Simpson had written a very touching eulogy for a private funeral service for one of the most highly innovative tech genius in history, at least in recent human history, which is safe to say. Though debatable as there are others too, but for Apple and its fans, there was none like Steve Jobs and perhaps none will ever take his place.

The private funeral took place a few days after his death in October. Since Mona Simpson is a novelist of some repute, so she knows how to capture the emotions in the right balance of words. She has delivered a well written description of Steve Jobs’ life, illness as well as his death. According to her, the last words that Steve Jobs spoke when he had his consciousness intact were, “Oh wow. Oh wow. Oh wow.”

Now this does raise a question what was it that he was appreciating during his last moments in life. May be, he was having some last minute ideas about what new technology to innovate, but was unable to share anything further, except for his appreciation saying “Oh wow” three times. The psychologists should offer their interpretation as to what that could possibly mean, because not many people’s dying last words are such as these.

To read “A Sister’s Eulogy for Steve Jobs” by Mona Simpson published in New York Times, 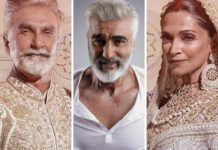 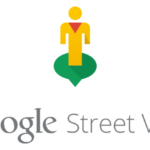