Probably no one is unaware about the feud between the Pakistani Youtubers Zaid Ali, Sham Idrees, Shahmeer and Ducky Bhai as it is the trending topic these days. Their fight started between them quite a while ago but now it got the peak as they have blamed each other for stealing contents and due to their inappropriate attitudes towards each other in their videos.

However, things went bad when Sham Idrees and his wife Froggy have been attacked by the mob in their meet and greet and they blamed Ducky Bhai for that incident. The fans of each Youtuber got divided and started attacking others on social media.

Later, Sham Idrees, Morroo and Ducky Bhai said sorry to each other by admitting their faults and condemn the incident happened to Froggy too but still there were several issues revolving around between them and their followers.

When things have gone worse on social media the Islamic scholar Maulana Tariq Jamel decided to address the Youtubers to stop fighting and teach them the lesson of peace. A video has been posted on the channel of Maulana titled, ‘Stop Fighting|Message|Tariq Jameel| Ducky Bhai, Sham Idrees, Zaid Ali, Rahim Pardesi and Shahmir.’ which gives the clear message to them.

They have uploaded the previous video of Maulana when he met Zaid Ali and they put background speech of Maulana in which he speaks about the value of peace and mankind and the rewards of forgiving each other mistakes. Maulana Tariq Jameel said, “We need to learn how to forgive and forget each other’s mistakes, every human being is marred with errors and mistakes but as humans, it is our prime duty to forgive each other’s wrongdoings.” He says, “You can’t counter stubbornness with stubbornness. You may not have the knowledge or the wisdom to understand everything but a lack of manners spoils the society at large.”

Meanwhile, these YouTubers also responded to this video by commenting on it and thanks to Maulana Tariq Jamel for the address. 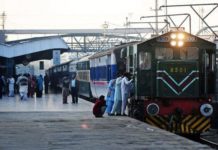 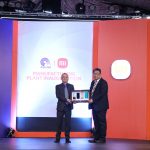 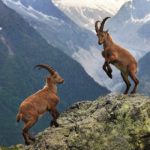 Famous Places in Pakistan for Tourist

Pakistan admin - February 19, 2018 0
There are many places that we list down while planning a tour. Mostly these... 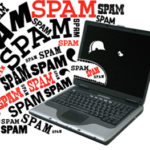 Pakistan Is 12th On the List of Spamming Countries

Pakistan admin - November 16, 2016 0
According to a list released by the security firm, Dirty Dozen, the most spam-relaying...