Sarfaraz Ahmed, the caption of Pakistan Cricket Team went for the opening party of World Cup 2019 at The Mall, in front of Buckingham Palace in Central London. Sarfaraz Ahmed along with other captions met Queen Elizabeth II and Prince Harry.

Where all other skippers were having dress pants and coats, Sarfaraz Ahmed chose to wear National dress “Shalwar Kameez”. He was wearing white pajamas and shirt with the green blazer on it which represents Pakistan’s national dress and flag’s colors.

However, this gesture of Ahmed gone viral on the internet and people praised him for representing the national dress. Few people trolled him for wearing Shalwar Kameez at such a historic meeting with Queen while the rest of the nation loved the caption for this gesture. People started tweeting right after the occasion and thanks him to stand for the Pakistani culture with such pride and others kept questioning that the caption might not aware of the dress code.

Check out how people respond

“As per the official dress code, an official mufti is formal. Sarfraz here is wearing official mufti (uniform) prescribed by his governing authority. No violations. He knew the dress code and was dressed formally and appropriately” –  Dr. Nauman Niaz

“He wore this dress like our 1992 WC captain wears shalwar kameez in every foreign visit.” –  Furqan Ali. 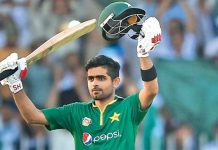 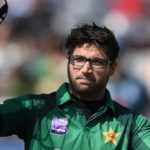 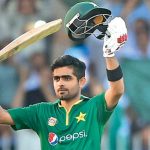